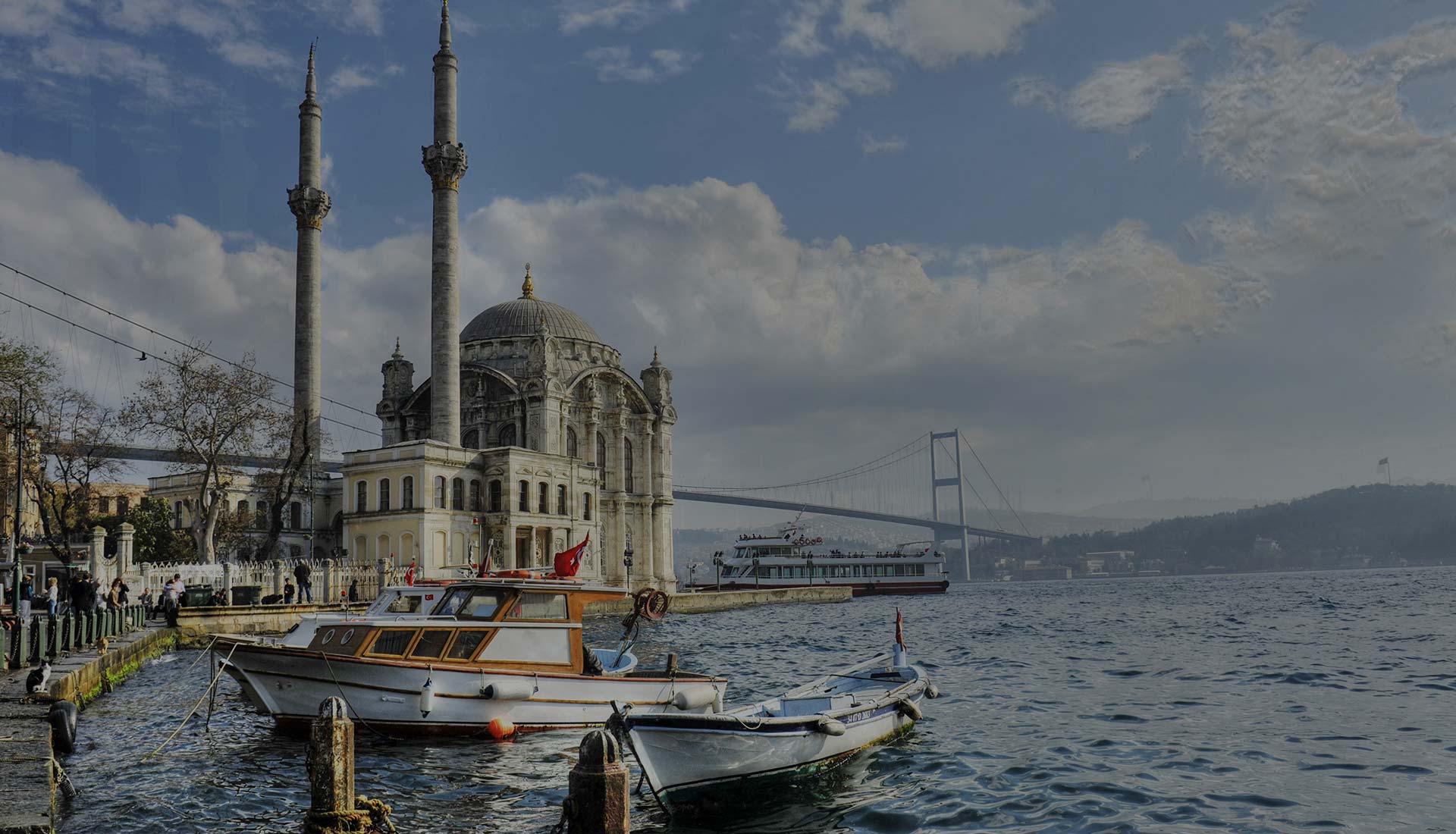 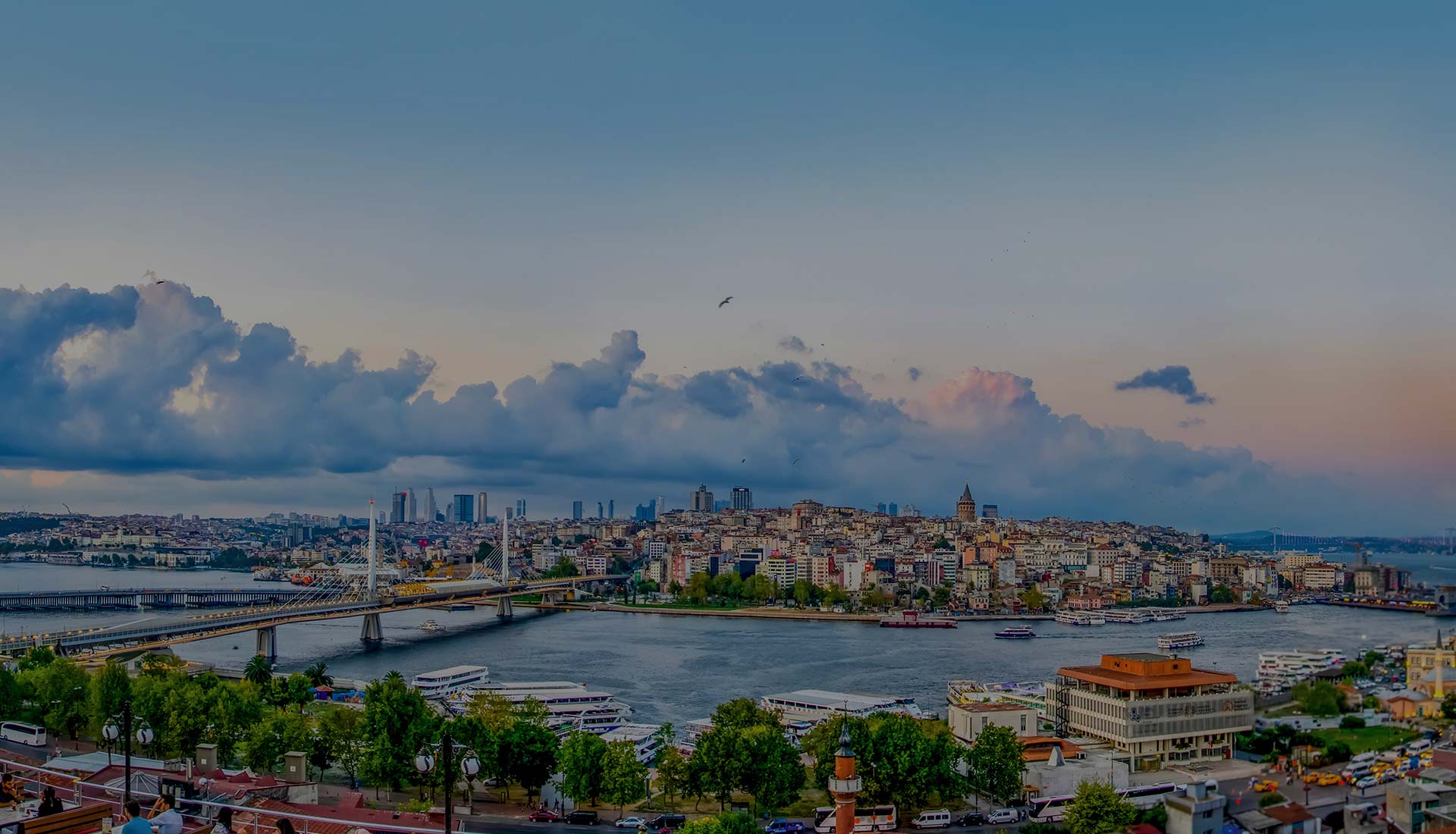 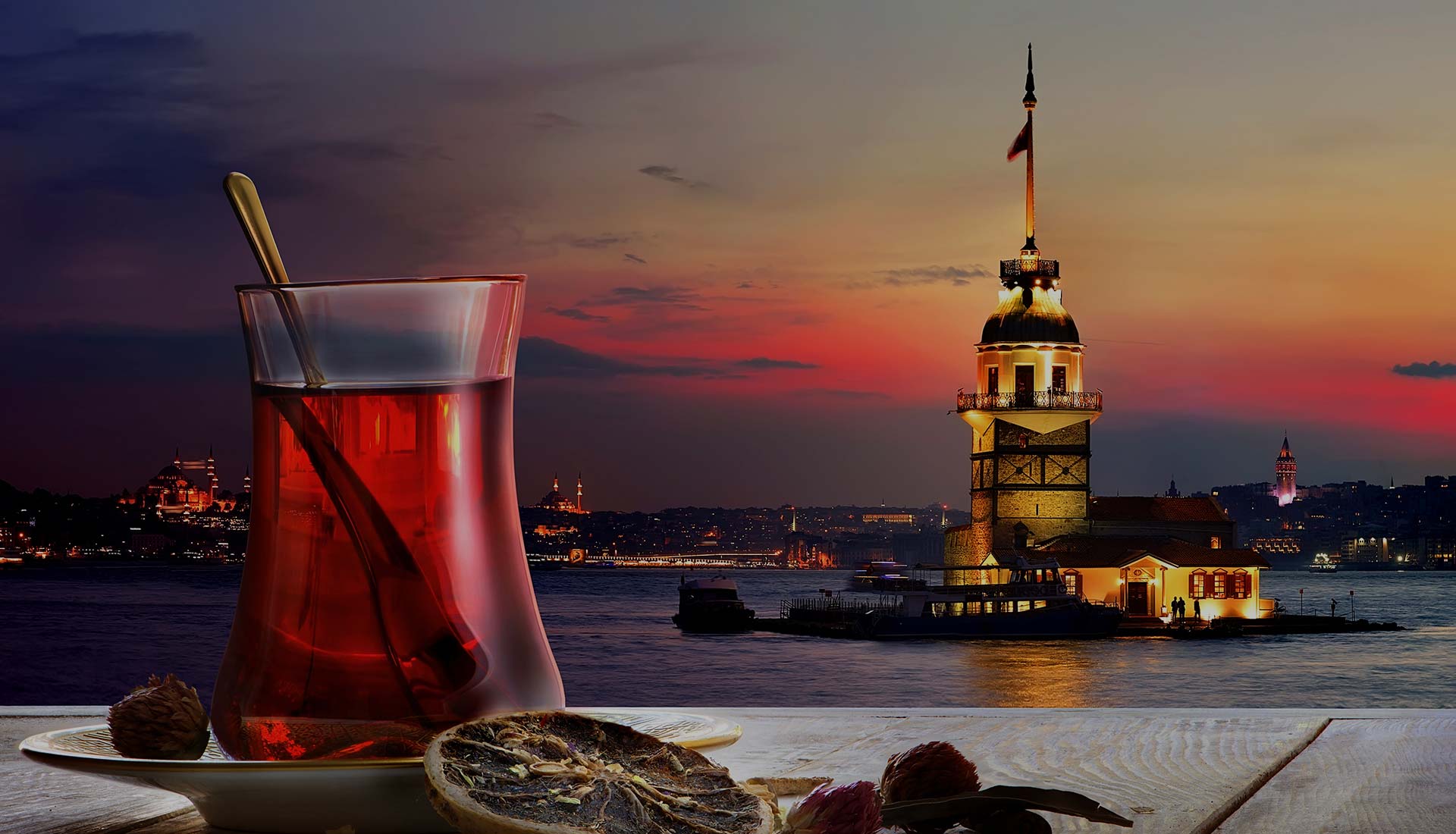 The founding date of Istanbul is considered to be 659 BC. It was at this time that Greek settlements appeared on the Asian side of the Bosphorus. And in 667 BC. Byzantium was founded - a city named after the mythological hero of Ancient Greece. After the collapse of the Roman Empire, Constantinople became the capital of Byzantium, the largest center of Eastern Christianity, and in 1930 it was renamed Istanbul. There are few cities that can be compared with Istanbul in terms of antiquity and richness of events. After the conquest by the Ottomans, the capital of Byzantium became the center of a new empire and a worldwide caliphate. Here you will find an incredible amount of grandiose monuments of architecture known from films and books. Today, Istanbul is the largest commercial and cultural center of Turkey, one of the most beloved and most visited cities by tourists, which has retained its originality and color, but at the same time, a fairly Europeanized and civilized city. And it is not for nothing that many, having visited this fabulous city once, want to return here again. 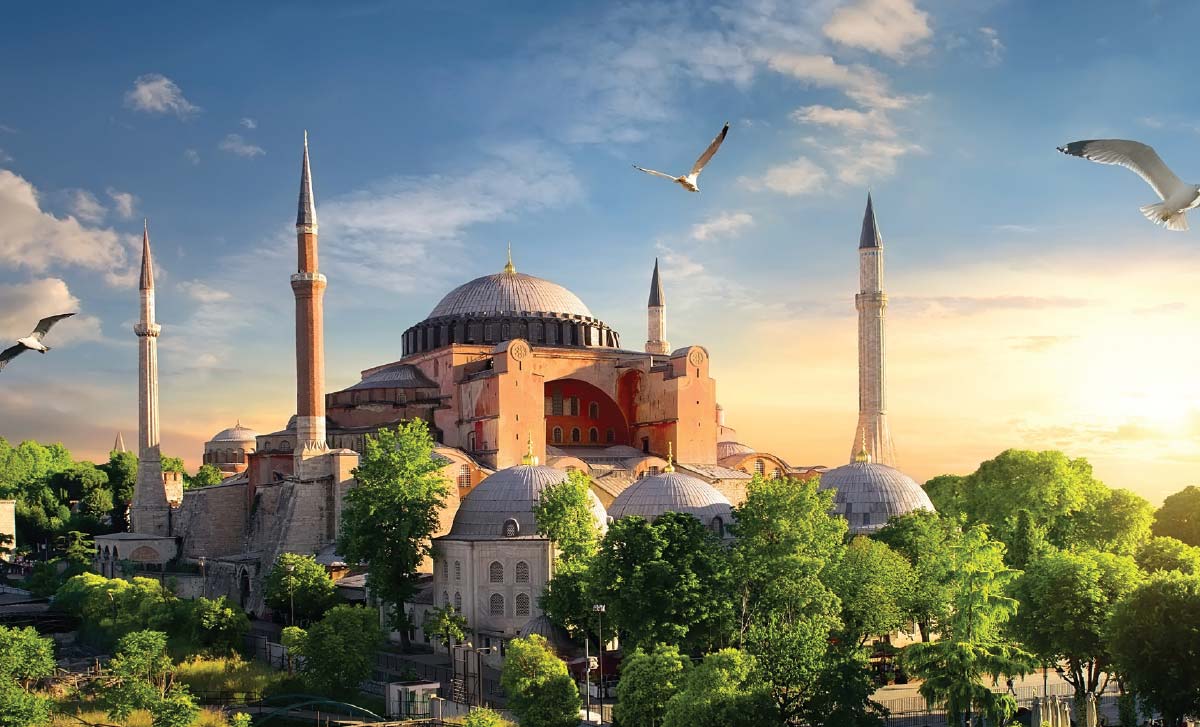 Church of the Wisdom of God

Cathedral of the Wisdom of God - Aya Sophia - a former patriarchal Orthodox cathedral, which for more than a thousand years was the main and largest Christian church until the construction of St. Peter's Cathedral in Rome. In 1453, during the capture of Constantinople by the Ottomans, the cathedral was converted into a mosque. Since 1935, it has officially had the status of a museum. One of the symbols of the city of Istanbul and an architectural monument, located in the European part of the city on a high hill in the Galata district. The tower can be seen from almost all central areas. The history of the tower dates back to the 5th century. Today it is a museum object and is open to visitors. At the top of the tower there is an observation deck with stunning views of Istanbul, the Old City, the Golden Horn and the Bosphorus. The decoration of the rooms and chambers of Alexandra Anastasia Lisowska Sultan in the Topkapi Palace in Istanbul. Topkapi Palace (Topkapi) is the former residence of the ruling family in Istanbul. For 400 years (from 1475-1478) the rulers of the Ottoman Empire lived in it, so the museum presents household items of the sultans and their families, a rich collection of weapons, and various Muslim shrines. 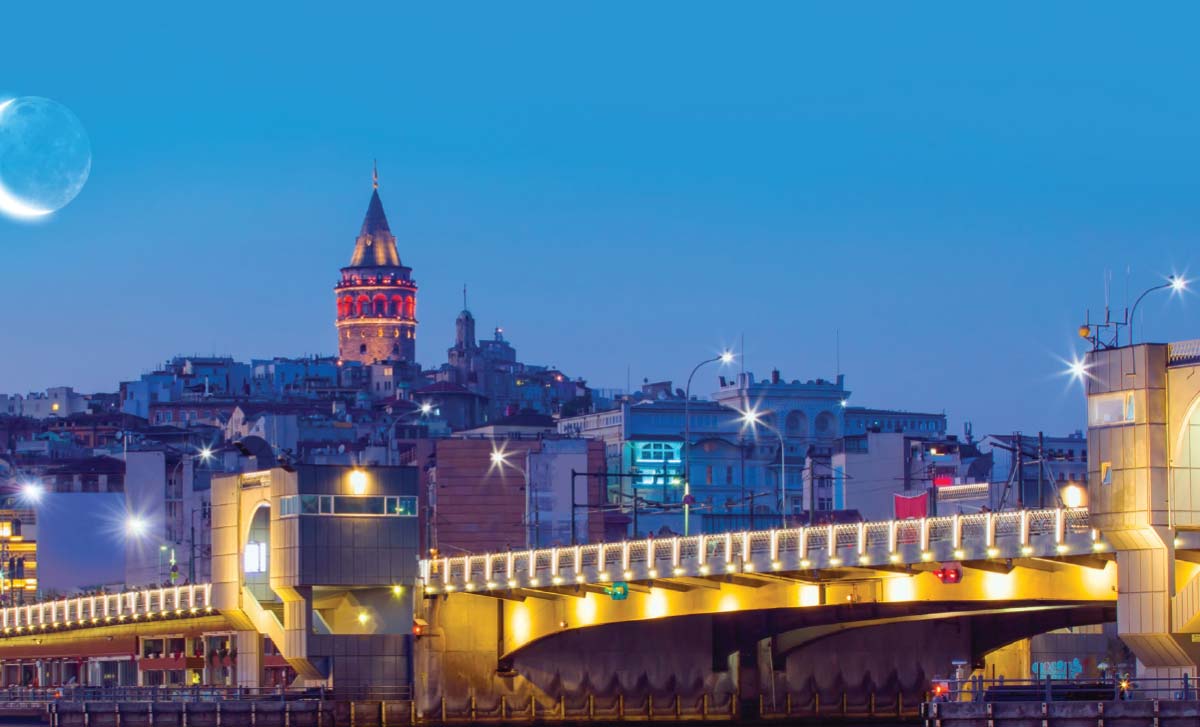 A narrow curved bay that flows into the Bosporus at its junction with the Sea of Marmara. It is located mostly within the Turkish city of Istanbul, dividing its European part into northern and southern halves. At the harbor at the mouth of the Golden Horn in the 7th century BC, a colony of Byzantium was founded, around which Constantinople was subsequently formed. 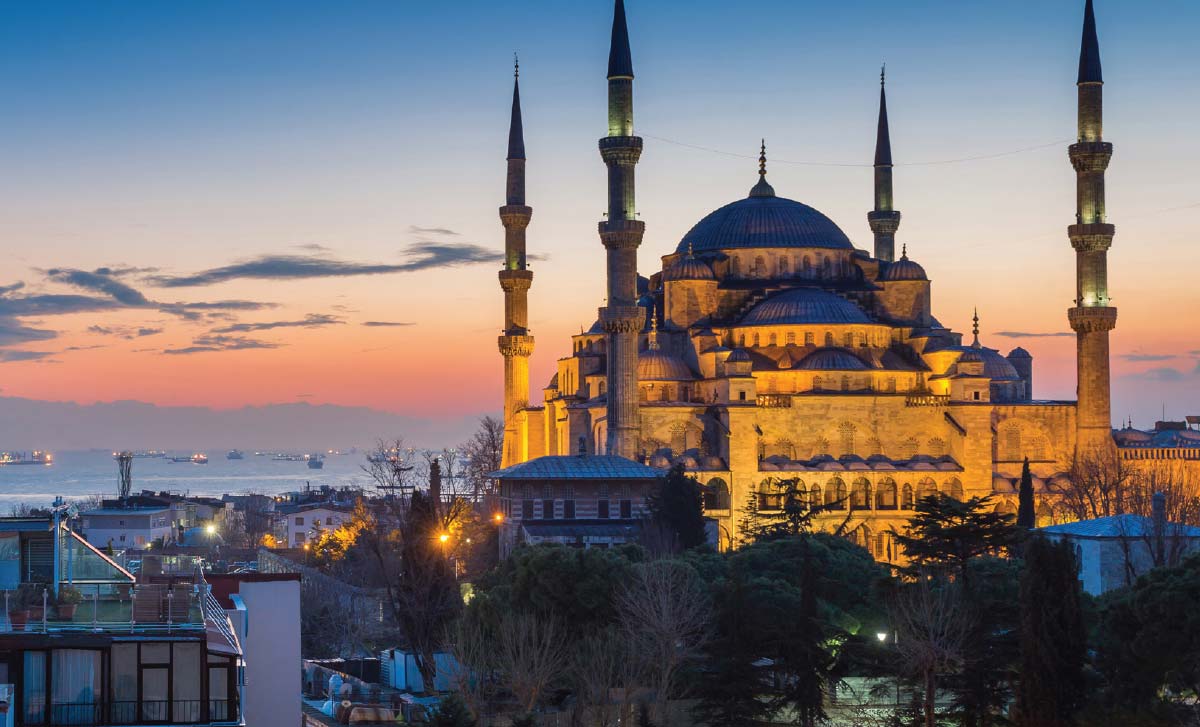 The largest mosque in Istanbul, with a capacity of more than 5,000 people, and the second largest. The building was built by the order of Suleiman the Magnificent by the famous architect Sinan. The Suleymaniye Mosque is an absolute architectural monument and deserves attention. It radically differs in the style of painting and the nature of the architectural complex from the classical mosques of the Ottoman style. Sultan Suleiman and his beloved wife Alexandra Anastasia Lisowska were buried on the territory of the complex. It is located near the Uskudar district in the Asian part of Istanbul on a small island in the Bosphorus and is a symbol of the city. Several legends are associated with the tower, and all of them are rather tragic, but no one knows the reliable history of the tower's creation. At the moment, the tower is open to the public, a restaurant and an observation deck are open inside it, and you can get to it on small boats. 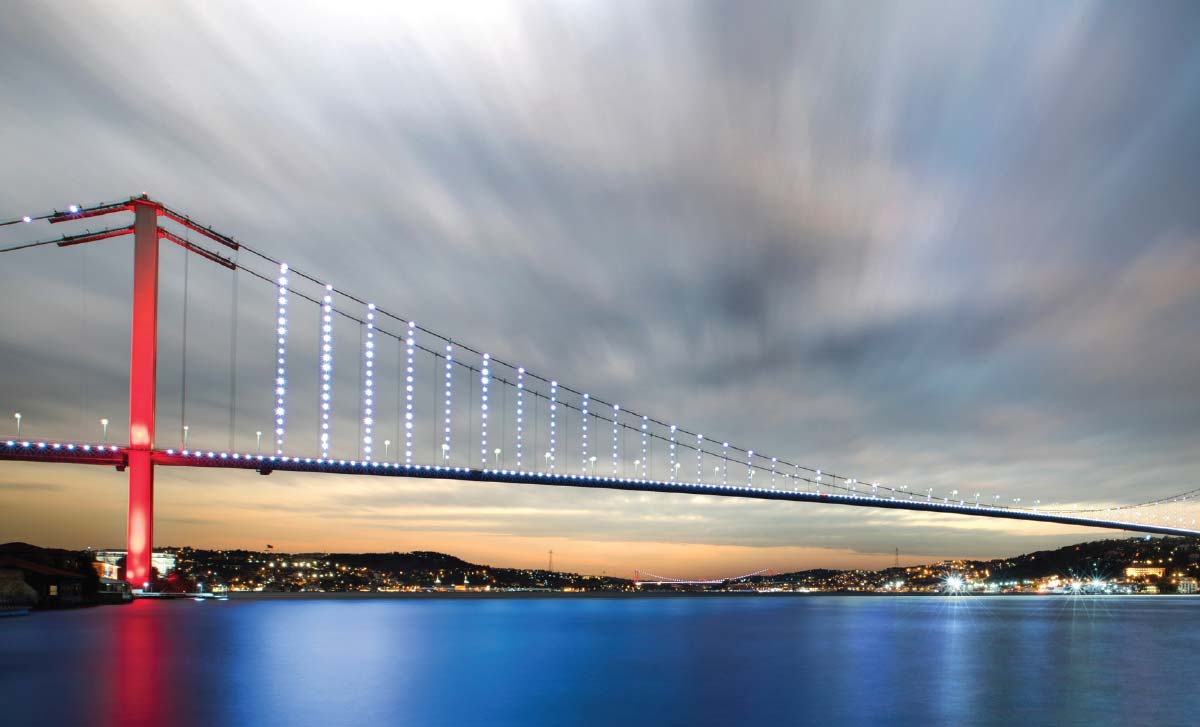 The first suspension bridge that managed to connect two parts of the world - Europe and Asia. Combining the two parts of Istanbul, it has become its symbol, an architectural object and a tourist attraction in Turkey. It is best to enjoy the view of the bridge construction from a walk along the Bosphorus. At night, the bridge is lit with thousands of colored lights, revealing the beauty of the Bosphorus from a new perspective. 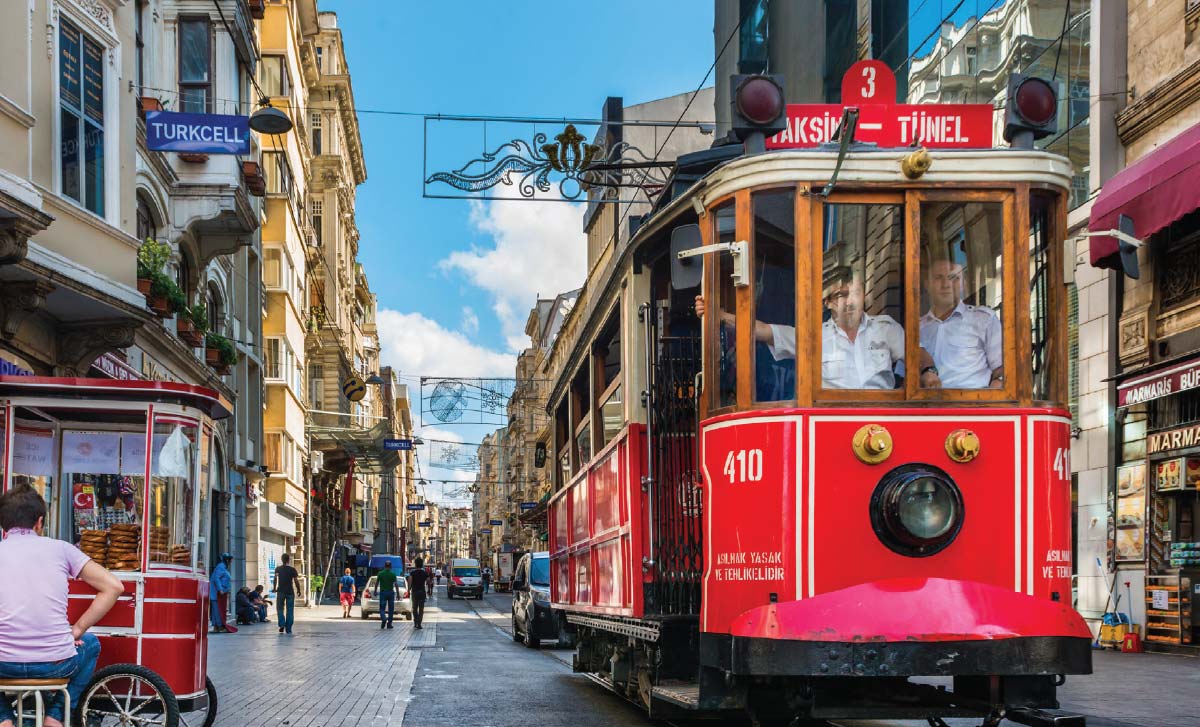 The most popular pedestrian street of the city, located in the city center, originates from Taksim Square to the Golden Horn, the length is about one and a half kilometers. The history of the street begins in the 15th century. Today it is one of the most popular places for tourists in Istanbul, with many restaurants and cafes, as well as shops with Turkish and world brands. A historic tram runs along this street - one of the symbols of the city of Istanbul. Also, some general consulates of European countries, as well as the Russian Federation, are comfortably located here. 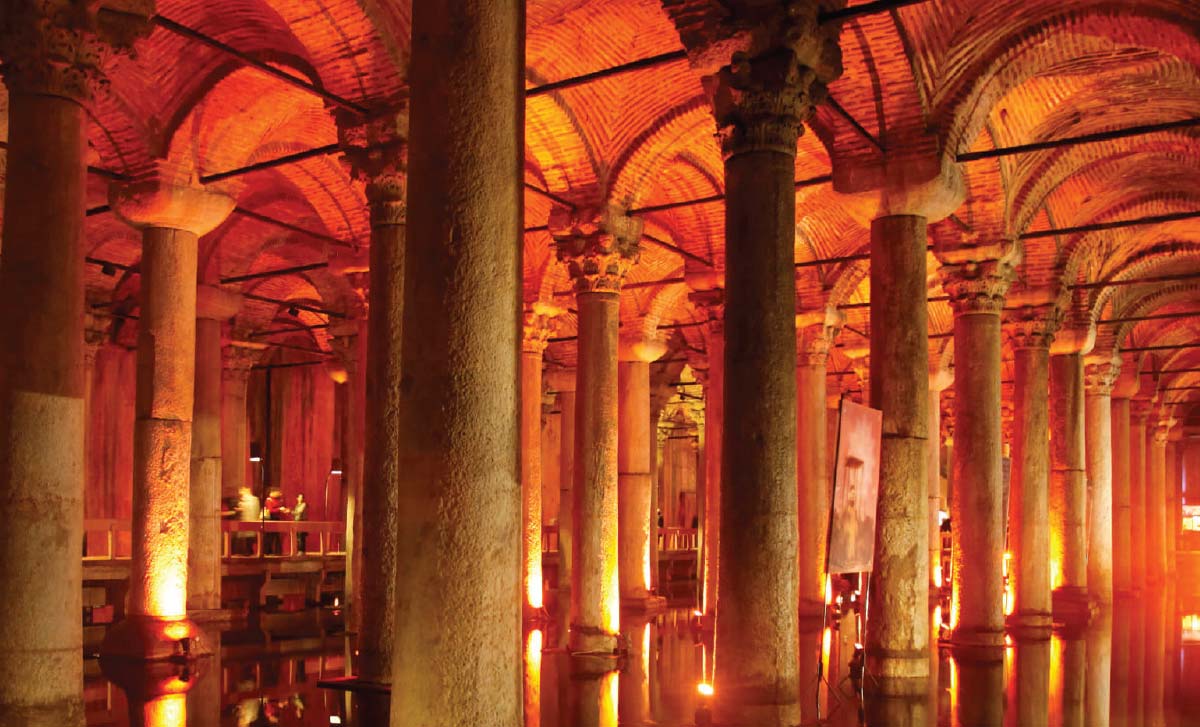 One of the largest and well-preserved ancient underground reservoirs of Constantinople, which has some similarities with the palace complex. Located in the historical center of Istanbul in the Sultanahmet district opposite the Hagia Sophia. Construction began in the 4th century and ended almost in the middle of the 6th century. The vaulted ceiling is supported by 336 columns brought from ancient temples, so they differ from each other in the type of marble and processing. 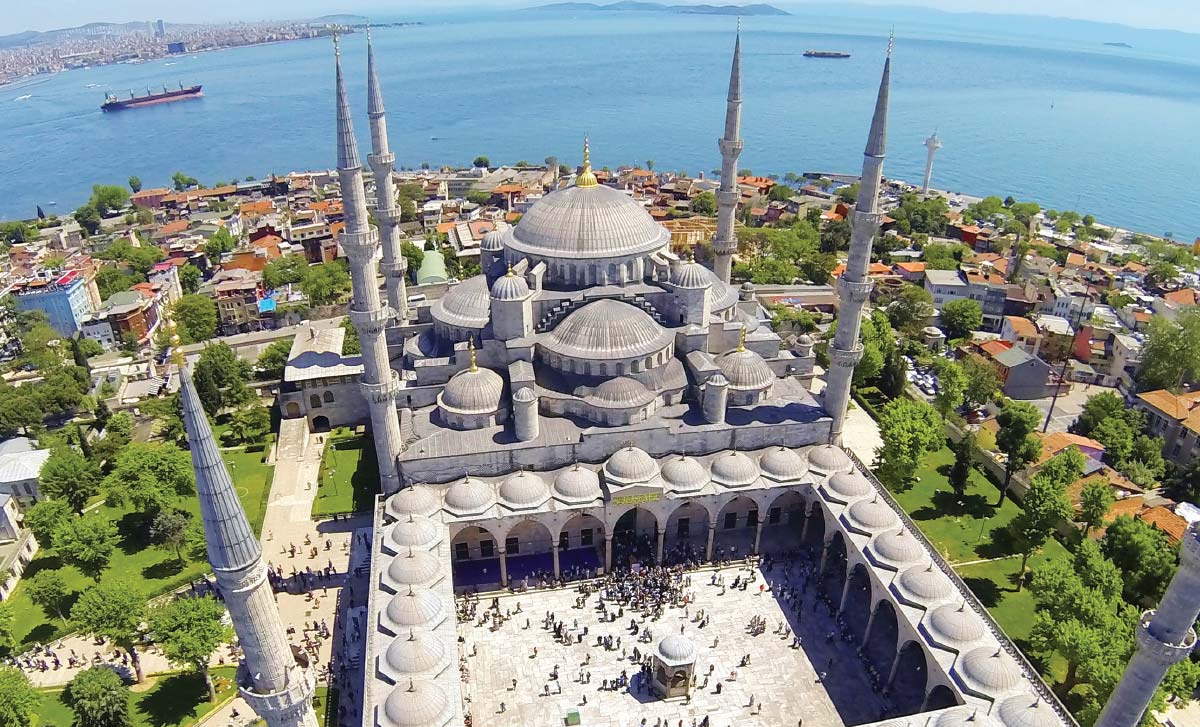 The Sultanahmet Mosque is the first mosque in Istanbul. It is considered an outstanding example of Islamic and world architecture, and is also one of the symbols of the city. It was built at the beginning of the 17th century by order of Sultan Ahmet in order to surpass the beautiful Aya Sophia in beauty and grandeur. The Dolmabahce Palace was built over 11 years, from 1842 to 1853. Sultan Abdul-Mejdid I: the progressive monarch wished to have his own palace in the spirit of European luxury. A picturesque place on the European coast of the Bosporus was chosen for the new palace, and the work began to boil. Only 14 tons of gold were spent on monograms and vignettes! The Grand Bazaar (Covered Market) is located near the historical center of Istanbul in the Beyazid area. The Covered Market (Kapali Charshi), the foundations of which were erected in 1461 by order of Fatih Sultan Mehmed on the basis of the old Byzantine market, is one of the oldest and largest covered markets in the world. The Covered Market was reconstructed after partial destruction during the earthquake in 1984.